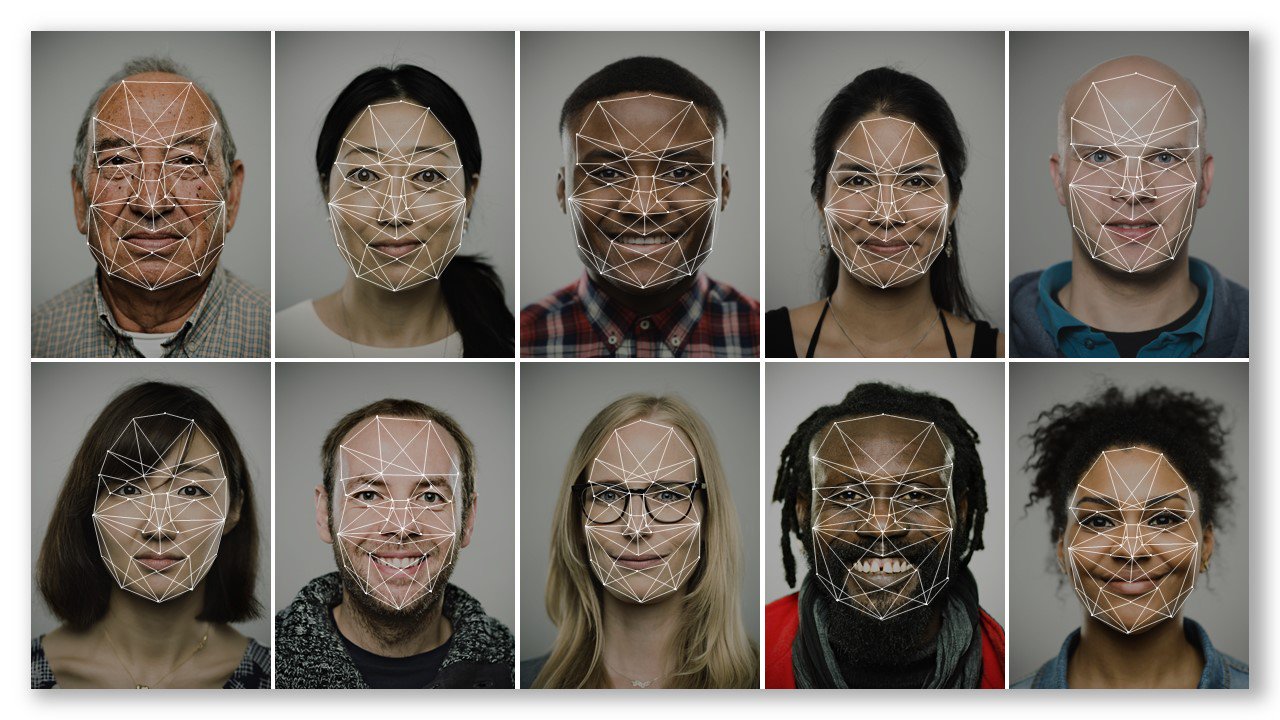 Home » What is facial recognition?

Facial recognition technology has spread prodigiously. It’s there on Facebook and Instagram, tagging photos from the class reunion, your cousin’s wedding and the office summer party. Google, Microsoft, Apple and others have built it into apps to compile albums of people who hang out together.

Facial recognition verifies who you are at airports and is the latest biometric to unlock your mobile phone where facial recognition apps abound. Need to confirm your identity for a £1,000 bank transfer? Just look into the camera.

New facial recognition applications crop up all the time. Want to know who’s at the door? A video doorbell with facial recognition will tell you, provided you’ve uploaded a photo of the person’s face. Other systems are used to spot missing persons and catch slackers who lie about the hours they spend in the office. Advertisers, of course, are in on the act. Thanks to facial recognition, billboards can now serve up ads based on an estimate of your sex, age and mood.

How did facial recognition get everywhere?

Thanks to Flickr, Instagram, Facebook, Google and others, the internet holds billions of photos of people’s faces which have been scraped together into massive image datasets. They are used to train deep neural networks, a mainstay of modern artificial intelligence, to detect and recognize faces. The computational grunt work is often done on GPUs, the superfast chips that are dedicated to graphics processing. But there is more to it than flashy new technology. Over the past decade in particular, facial recognition systems have been deployed all over the place, and the data gathered from them has helped companies hone their technology.

How does facial recognition work?

First off, the computer has to learn what a face is. This can be done by training an algorithm, usually a deep neural network, on a vast number of photos that have faces in known positions. Each time the algorithm is presented with an image, it estimates where the face is. The network will be rubbish at first, like a drunk playing pin the tail on the donkey. But if this is done multiple times, the algorithm improves and eventually masters the art of spotting a face. This is the face detection step.

Next up is the recognition part. This is done in various ways, but it’s common to use a second neural network. It is fed a series of face pictures and learns – over many rounds – how best to tell one from another. Some algorithms explicitly map the face, measuring the distances between the eyes, nose and mouth and so on. Others map the face using more abstract features. Either way, the network outputs a vector for each face – a string of numbers that uniquely identifies the person among all the others in the training set.

In live deployments, the software goes to work on video footage in real time. The computer scans frames of video usually captured at crowd pinch points, such as entrances to football stadiums. It first detects the faces in a frame, then churns out vectors for each one. The face vectors are then checked against those for people on a watchlist. Any matches that clear a preset threshold are then ranked and displayed. In the British police trials a typical threshold for a match was 60%, but the bar can be set higher to reduce false positives.

What about other biometrics?

While facial recognition technology has drawn huge attention, the police and other organizations are looking carefully at new biometrics, beyond fingerprints and DNA, that uniquely identify people.

Skin texture analysis is said to overcome problems with facial recognition caused by different expressions and partially covered faces by analysing the distance between skin pores. It has not been tested much, but developers claim it could be good enough to distinguish between twins.

Another biometric that interests the police, because it can be done at a distance without a person’s cooperation, is gait analysis. As the name suggests, the algorithms identify people by the unique style of their stride, reflecting differences in anatomy, genetics, social background, habits and personality.